Forty-seven percent of all motor vehicle-related deaths in North Dakota involve alcohol. This means that when a brother, sister, mother, father, nephew, niece, aunt, uncle, or friend dies in a car crash, alcohol is likely to have been a factor almost 50 percent of the time. Another harrowing statistic: North Dakota is consistently in the top five states when it comes to alcohol consumption. These statistics beg the question: “How can, we as a community, address this and break free from being another statistic?”

Because alcohol has become so ingrained into our social culture, it can be hard to know what levels of consumption are acceptable. A first step in addressing the problem is understanding how much alcohol may be too much. There is a widely held belief that beer or wine is less harmful than hard liquor or distilled spirits. This is untrue. The amount of alcohol percentage in each beverage does differ, but one is no better than the others. Because men and women tolerate alcohol differently, the science behind what is considered “too much” differs. The healthcare profession uses standards that list more than seven drinks a week for women and 14 drinks for men as excessive drinking. Another worrisome drinking pattern is binge drinking. This is also highly prevalent in North Dakota. Described as the amount of alcohol ingested in one setting, binge drinking standards are based on more than four drinks for women and five drinks for men during a two-hour period.

No matter which alcoholic beverage is chosen, all have important impacts on health and well-being. Alcohol impairs the ability to make good decisions and can lead to injuries, violence, and risky behaviors. Too much alcohol too quickly can flood the system and cause alcohol poisoning that can result in seizures or loss of consciousness. Though long term consequences of alcohol use are sometimes harder to see, they have a huge impact on health. Alcohol can cause high blood pressure, heart disease, liver disease, and many types of cancer. It often causes mental health problems and puts a strain on social relationships with friends and family. 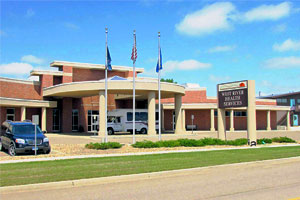 Don't forget: almost 50 percent of vehicle crashes involve alcohol. How can a community do their part to bring those alcohol-related fatalities down? It starts with an open and honest conversation surrounding alcohol use. It starts with admitting that too much alcohol leads to “bad health.” It starts with knowing how much alcohol is too much. Most importantly, it starts with supporting friends and family members who seek help. Community resources are available such as Alcoholics Anonymous that meets weekly. Providers in Hettinger are also experts in helping people to cut back or quit altogether. These small steps can lead to a safer community and North Dakota can finally stop being known as just another statistic for inappropriate alcohol consumption.

This article also appeared in the December 2019 issue of the Adams County Record.

Taylor Volberding is a third year medical student at the University of North Dakota School of Medicine & Health Sciences. She was selected as the Hettinger participant for the school's ROME program, or Rural Opportunities in Medical Education. The program includes teaching student doctors the importance of rural newspapers. As a future rural healthcare leader, Volberding has written this column to provide health information for her ROME community. The information is not for diagnosis or treatment and should not be used in place of previous medical advice provided by a licensed practitioner.